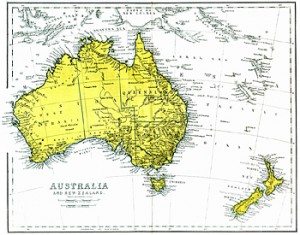 Commonly referred to in Australia as Warlords and Scumbags, President is a card shedding style game that originated in southeastern Asia but has recently flourished throughout the rest of the world.

The object of President is to be the first person in a round of play to get rid of all your cards, and become the new leader of the free world, or at least the chief warlord of your party. If unsuccessful, you simply need to avoid being the last person holding cards because that person is the Scumbag or Asshole. In fact, some less than upwardly mobile oriented players prefer to call this game after the loser with names such as Scum, Arsehole, Poor Man, or Schlub.

If the quest for ultimate power drives you to drink, have no fear because President is easily modified into a drinking game. Also the game works best with 4-7 players but can be played with three or with eight. If you wish to play with more than eight players, you may use multiple decks.

To play President, you need a standard 52 card deck. You may play with Jokers as the highest ranking cards or as wild cards if you wish. The standard ranking of cards for President has the 2 as the highest card, followed by the Ace, King, Queen, and Jack, and then 10-3.

In some variations, a tie may be broken by ranking the suits thus from highest to lowest: Spades, Hearts, Diamonds, Clubs. Other variations that use the Joker but not as a wild card will rank the Joker above the two. You may also choose the more conventional Ace as the highest and two as the lowest style of ranking. Almost any ranking convention can be used, provided it’s agreed upon, or your president decrees it for that hand. Here are some suggested decrees:

One-eyed Jacks beat all: any Jack in profile, showing only one eye, will be the top ranked card and can trump all other cards (is always playable). You may also do the same with black (or red) threes or suicide kings. A suicide king is one where the king has a sword held above his head as if he were about to end his life.

Jokers, Jacks, and twos high, Aces low: This decree ranks the Jokers as the highest rank, Jacks as the second highest then twos then Kings. Aces would rank lowest.

Jokers and Deuces (or any combination of cards) wild: A president may also decree what cards are wild. In terms of game play, a natural group of cards (for example a set of three 10’s) will rank higher than one formed with wild cards (10-10-Joker).

The deal and game play move clockwise (to the left). Initially, each player draws to be the dealer and the high card gets the deal. The dealer deals out all the cards. In President it is not necessary for each player to have an equal number of cards so if the deal results in a distribution that is not exactly equal, this is acceptable. Such is life in a hierarchical society.

Once the cards have been dealt, the player to the dealer’s left goes first and lays face up a card or set of cards of the same rank. The next player may either pass or make a play that exceeds that ranking. To exceed the previous cards, the player must play the same number of cards and they must rank higher. For example, a player plays two tens. The next player may play two Jacks, but may not play three nines, since these are lower in rank, nor can she play three Kings. She may also play two kings however.

Some variations allow a player to legally match the other player. Thus in the above two tens example, a second player may also play two tens after the first player.

When played as a drinking game, each time a player passes, he or she must take a drink. Another variation is when the rank of the card or cards played is equal to the number of players playing (three 6’s are played when there are 6 players, for example) then all players must drink. This is called a “Social” play. If you are playing with the social play rules in effect, you can also make that rank playable at any time and the next player has to surpass the rank of the cards previous to the social play.

Another variant is to make certain rule changes whenever someone plays four of a kind. For the duration of that round or until another four of a kind is played in that round, you may either reverse the direction of play or reverse the ranking of the cards. Both rule variants are referred to as a revolution.

Play continues until three consecutive players are unable to beat the previous cards played, at which point the cards on the table are removed from the game for that round and the last person to play may lead out a new card or cards. If a player plays the highest cards (in many cases, the 2’s) and no player can make the same play, then the player who played the high cards may lead out new cards.

The first player to run out of cards will be the President on the next round, but play continues to determine who will be Vice President, Secretary, etc. until all but one player is left with cards (you may device rank names for any position). Whoever ends up with cards in their hands once everyone else is out of cards is declared the Scumbag and must deal the next hand and fulfill any other requests the higher ranking players may have such as refilling drinks.

The new President may pick the most comfortable seat for the next hand and all other players must arrange themselves in order of rankings so that the Scumbag is seated to the President’s right hand side.

The new President may also make any decrees according to the house rules you play, including the ranking of cards, what cards are wild, new drinking rules, and whether ranks can be matched to be a legal play or must be exceeded. The new Scumbag shuffles the cards and deals them out and a new round begins.

The standard method of scoring is to give the President from each round 2 points and the Vice President 1 point. The first player to reach 11 points win. You may devise other methods of scoring however, or dispense with scoring rules altogether and play until good and drunk (your designated driver should not be held to the drinking penalties in the game, in order to be safe).