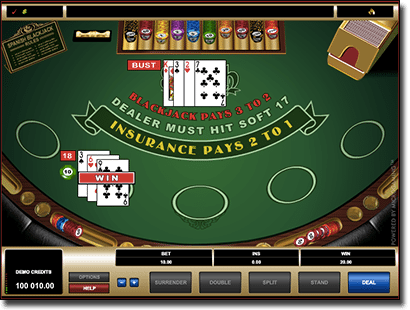 We’re always on the lookout for favourable rules and exciting gameplay when it comes to blackjack, and one of the best variants we’ve found is Spanish 21.

Based on the classic version of 21 this variant sees the removal of all tens – not face cards – leaving a 48 deck, though it is generally played with more than one deck. Interestingly, it has a bad reputation due to this deck variation as this increases the house edge. However, the variant offers favourable rules to counteract the increase in house advantage.

How to play Spanish 21

The aim in Spanish 21 is to get the closest to 21 without going bust and in the process beat the dealer, just as in a standard blackjack title. However, as mentioned above, the 10’s have been removed. While this gives the house a big edge, there are favourable rules which bring it back down again.

Since Microgaming has the best Pontoon title available, we detail the rules from their variant for our overseas readers – but they may vary at land-based casinos or by other software providers, so be sure to look this up before playing. 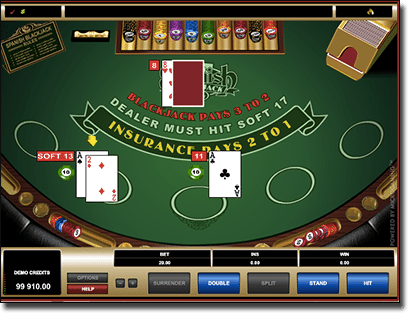 Another favourable rule is if you score 21 you automatically win – even if the dealer gets 21 too (no Pushes for Blackjack).

Players simply open the title and click the chip size to get started, and then on the animated table to make your bets. You will then be able to press Deal, Hit, Stand, etc., as you normally would to play online.

Additionally, to take back the house edge from the house there are bonus payouts when you form 21 with certain hands.

It is important to note these bonus payouts do not pay after Doubling Down on the Microgaming variant.

At land-based casinos in Australia, these rules are found on the title called Pontoon, so if you are frequenting Crown Casino in Melbourne you will come across this game here, but it will be called Pontoon.

Do not get this mixed up with the Pontoon variants available online, as the rules for these titles are completely different to Spanish 21 rules.

As with all blackjack titles there is a basic strategy to play for Spanish 21 to ensure the house edge is as low as possible and since the 10’s are removed in this title we recommend following it as closely as possible to alleviate the casino’s advantage.

Looking up the chart is ideal and to use it you simply look across the horizontal axis to find the dealer’s upcard value and then down the vertical axis for your hand’s total value and find where it meets to determine the best move you can make.

We have a few points to kick you off in Spanish 21, but be sure to look the chart up via a simple Google search.

By playing the perfect basic strategy as detailed abov,e and provided you play the Microgaming variant, the house edge for Spanish 21 is as low as 0.38% – which is quite good considering the removal of the 10’s but this is due to the favourable rules and the fact you are playing online.

The house edge will increase when playing at land-based venues but you can find titles that aren’t high at all with Australian Pontoon (Spanish 21 rules in Australian land-based casinos can get as low as 0.41% with the perfect basic strategy).

Where to play Spanish 21

As mentioned above, the best Spanish 21 title to play online is Microgaming’s version. You can find this title at AllSlots.com, our number one Microgaming exclusive Internet casino, which you can access via your browser (Safari, Chrome, Explorer) or by downloading the software to your desktop (PC users only).