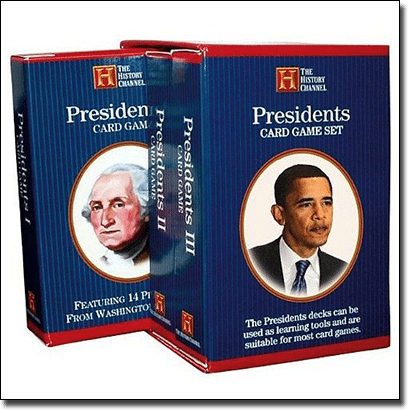 How to play Presidents & Assholes

The aim of the game in Presidents is to finish the round first so that you can be President in the next round. If you miss out on finishing first you try and finish as soon as you can as other players receive different rankings for the next round too. In order to finish first in the round you need to be the first player to discard all of your cards. We’ll detail how to discard in Presidents and Assholes in the rules section.

There are quite a few different terms and titles used in Presidents and Assholes, and you’ll find that are a whole heap of slight variations on the titles and the rules each title must abide be.

These are some of the common titles used:

The titles used depend on how many people are playing, but you can pretty much add any titles and accompanying rules as you wish.

1. The President, or Asshole (depending on which variation you’re playing) deals out all the cards between the players until the deck has been totally divided. The first card of each players hand is turned upwards so that the President can choose the hand they wish.

3. The President starts the game by playing any cards they wish whether it’s a Single, Double, Triple or Quadruple play. They can also play poker hands, for example a straight, a flush, a full house, etc.

5. Each player continues to have their turn, but they must beat the trick played directly before them. If they can’t they must pass.

6. This continues until all players pass or a 2 card is played. When either of these things happen the play is cleared and whoever one that round starts the next round by playing whatever sort of trick they wish.

7. The play continues until all players have finished and only one player is still left with cards in their hands. The order in which the players finish determines the ranks each player is given for the next round.

So far we’ve run through how to play Presidents and Assholes without the drinking rules, but the game is considered a fun and popular drinking game. The additional drinking rules don’t interfere with the main rules, they are more like extra punishments dealt out in the game. The drinking rules are flexible and change depending on who you’re learning the game from, but here is what we play by:

These are pretty standard drinking additions but Presidents and Assholes is a creative game and you can add whatever sort of drinking rules you feel like making up.